Chelsea striker Olivier Giroud was captured serving a punishment as a result of missing two consecutive clear chances in training.

This was spotted in a five minutes Chelsea Unseen clip which was published on the club YouTube channel on Saturday morning.

While his fellow strikers Timo Werner and Tammy Abraham buried their chances, Olivier Giroud blasted his over the cross bar.

The veteran striker was instructed to give ten push-ups as a punishment for wasting his chances. 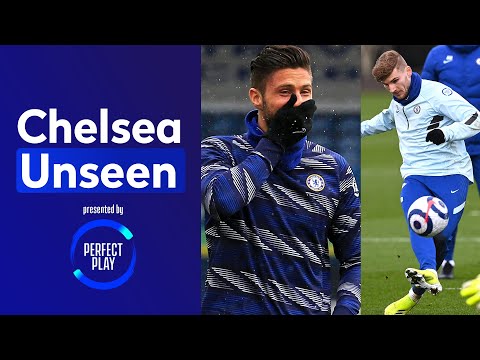