England have taken the lead over Iceland in the Nations League through Declan Rice’s first goal for the Three Lions.

Rice, who is a key figure in West Ham’s midfield, has been used in the anchoring role by England boss Gareth Southgate, who’s short for options in that area.

According to the Daily Mail, Rice is a ‘key target’ for Chelsea manager Frank Lampard. If that is the case, he ought to be pretty impressed by his exploits against Iceland tonight.

While Rice is not renown for his actions in front of goal, he did net his first ever England goal after a sumptuous cross into the penalty area from full-back Kieran Trippier. 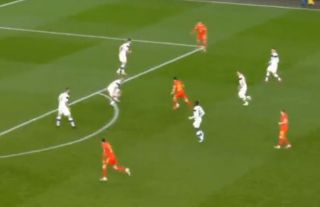 Rice almost couldn’t believe that he’d found the back of the net himself – but he has, and he’s now an England goal scorer. Hats off to you, Declan.

Lampard was a man who knew better than many how to find the back of the net for his country. He could certainly teach him a thing or two, should the West Ham man return to Stamford Bridge.