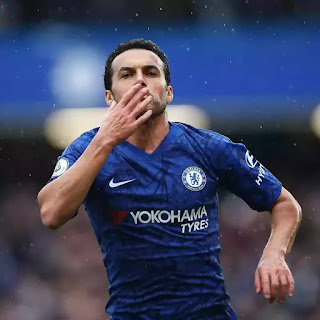 A refusal to sign one would mean Frank Lampard would have to finish the rest of the season with just Christian pulisic and Hudson odoi as the main wingers as Hakim ziyech would only be able to join the team next season.

RELATED: 4 Players Chelsea Must Get Rid Of To Dominate Europe Next Season

The 33 year-old Spanish winger will be out of his current contract with Chelsea at the end of the season and the renewal seems very unlikely since the signing of Hakim Ziyech and soon to agree to contract timo Werner.

JUST IN  Chelsea offered Bernardeschi in exchange for jorginhio

The player is keen on a return to Spain after his past success with Barcelona as Valencia are interested in signing him although his current wages might seem like an hurdle to the club but it would remain on the player if he accepts a wage cut from his current 100k a week contract.

His time with Chelsea was a very successful one as he got to add the Premier League title, FA cup and Europa League trophies to his already astonishing trophy collection.