Chelsea has played two Champions league finals in the past two decades and both ended up in penalties – winning just one of both encounters.

The Blues lost the first penalty shootout in 2008 against Manchester United and won the second one 4 years later against Bayern Munich in 2012 with Didier Drogba scoring the winning penalty.

The Blues have lost their last two club finals that ended in penalties – Losing the Carabao cup final to Manchester  City on penalties in 2018 under Maurizio Sarri and the European Super cup also on penalties to Liverpool under Frank Lampard in 2019.

Chelsea face Manchester City in the Champions league final tomorrow night in Porto, and we aren’t ruling out the possibility of the game ending in spot kicks.

Chelsea, however, have a slight advantage on penalties against City as the Cityzens have a pretty bad record on penalties over the past two season.

During that time frame, Manchester City have taken a total of 27 penalties in all competitions and have only scored 17, while missing 10. A success rate of just 63%.

On the other hand, Chelsea have been handed 29 opportunities from the spot over the same time frame. Only five have been missed, a success rate of 83%. 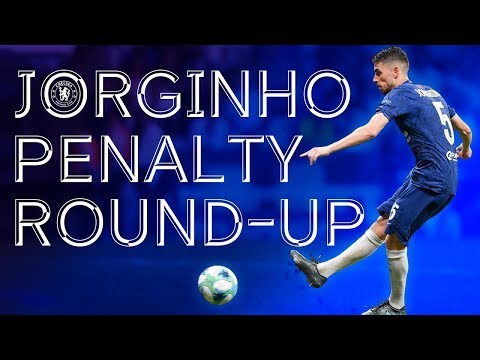 So if tomorrow’s final ends up in penalties, below are our most preferred five players to take it for Chelsea in no particular order: Jorginho, Werner, Havertz, Mount, Azpilicueta.

Arsenal Evening Transfer Round up: Xhaka and Bellerin Close to Exit, Board not Interested in Coutinho