Son heung-min Star is still rising at football but he is already huge in his own country one of their biggest stars there is even an entire show dedicated to him which goes over highlights of him playing for Spurs game in game out, but his road to football was a bit unorthodox, not playing with any team till he was a teenager. 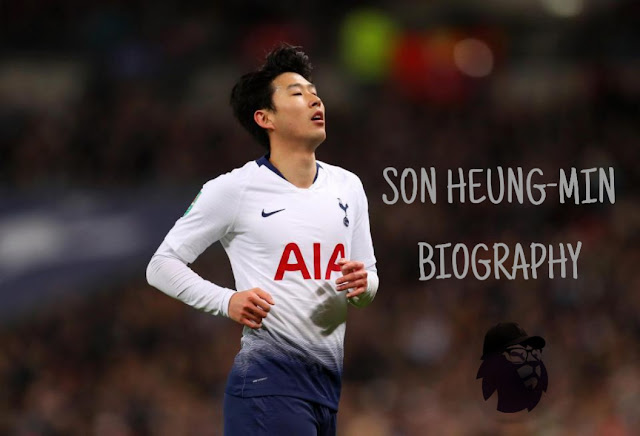 Here there are major info in this bio on son heung-min we will take a look at  his origin, interesting training methods his father used on him, and his time in professional football.

Son heung-min was born on july 8 1992 in chuncheon-si province of south korea his father Won jung son was also a professional football player in south korea, even making the under-23 national side but an acheles injury forced him to quit. He later chosed to be a trainer instead. Son heung-min’s father made sure his boy put in hardwork to have a shot at professional football, He (son heung min) said his father pushed him extremely hard.

“He was a very tough coach, and still is now, He’d always say that you had to work hard, you had to be professional, but without his tough training i wouldn’t be here. For four hours i would juggle the ball, can you imagine four hours? After two hours, the floor looks like a rollercoaster. You start to see three balls they were crazy memories for me” -Son heung min

But it wasn’t just son heung min who was been coached by his father though, as he also has his older brother who took a shot professional football as well, but he never came close to the height of his younger brother of course, as most of those who took a shot at football don’t necessarily make it that far but he is still involved in football as he coaches at the football academy his father owns, but son heung min’s brother says that they got into football at quite a late age making them become even more impressive, when heung min was just turning 10 years old they went veiw some matches at the 2002 worldcup and from then on it was his dream to represent south korea in a world cup. So starting at 10 years old is late by most standards where top European clubs start signing youngsters as young as five to their academies but according to Son heung min’s brother;

“Heung min was like a sponge with sports; everything we tried, he picked up quickly. Because we had a really strict dad when we were Young, Training wasn’t fun we were required to have lot of concentration”

But even more impressive according to heung min brother, the father didn’t let them play in any matches or join any team untill they were both almost teenagers, According to what heung min said about the juggling drills his brother said;

“It was relentlessly repetitive, so we were a bit bored i was a bit rebellious so i had a bit of trouble with dad at times. But in Heung-min’s case he followed the programme obediently. I think about that sometimes”.

But before London how did Son Heung min end up in Europe?

Well it went something like this in 2008 German clubs Hamburg and Numberg struck up.a deal this the south korean football association which they gave academy trials to three promising south korean players. One of the talent scout spotted son as one of the players the German club should consider. Hamburg gave a 16 year old Son heung min a year trial as he left his father training methods in exchange for an opportunity in Europe, And upon arriving in Germany he immediately started integrating himself into German life in Hamburg academy which he went through alongside current Arsenal defender Mustafi, Son says adapting to the life, language and culture in Germany was extremely difficult but at least his adaptation to the football came quite easily remember he hardly played any team football back at south Korea as he was just doing individual drillls with his father, but those drills made him technique wise above the rest even at just 16 year’s of age. Son was the only one out of the three south Korean players that actually signed with hamburg’s academy, Now after a couple of seasons there, he found himself in the first team squad for the 2010/2011 preseason, where he was excelling even scoring more goals than the likes of ruud van nesterooy. 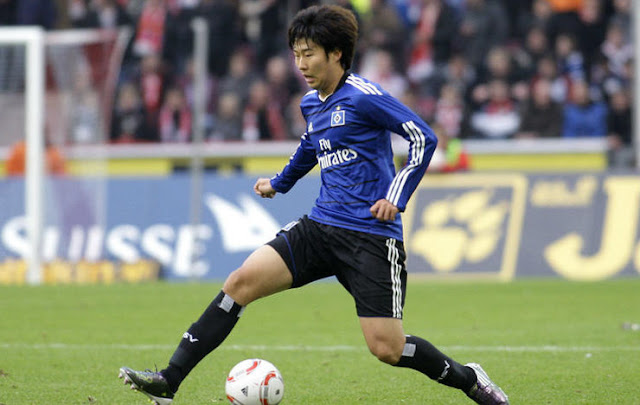 Unfortunately  for son however after scoring what was the eventual winner in a preseason friendly against Chelsea, he broke his foot, luckily it wasn’t a bad break and son returned to the senior team in October to make his debut and so upon returning to the first team from his injury he was handed his first bundesliga appearance in October 30th 2010 against Fc koln in the 24th minute he was played through took the ball over goal keeper and smashed it in an open net, his first goal in his first appearance, That goal made him the youngest player to score for hamburg in the bundesliga.

JUST IN  Ben chilwell Net Worth, Girlfriend, Detailed Biography and How he started his career
In his first season he scored 3 goals in 14 appearances and received some high praise from Ruud van nestrooy;

“After the training session you can see that he’s something special, son is the future HSV will have a lot of fun with him, he is young, has good head on his shoulders, and at 18years old he is already decisive in the bundesliga. It is already outstanding how he has established himself but he will still develop further”.

Unfortunately his second season was a tough one and a bit forgettable as son dealt with injuries and Hamburg dealt with the possibility of getting relegated but at the end of the season son managed 5 goals from 27 appearances including a winner over Hannover96 which ensured Hamburg would remain in the bundesliga for another season.

His 2012/2013 season was an impressive one as he scored 12 goals including 4 across two matches including 2 goals against Jurgen klopp’s Borussia dotmund but there was another tough club in Germany Bayer Leverkusen that were convinced to buying the South Korean after his 2012/2013 season paying a reported fee of 10million euros for his signature and he didn’t disappoint especially when coming on for a match against his former team Hamburg on November 9th 2013 in which the 20 year old son scored an hat-trick in a 5-3 win, and he also helped Bayer Leverkusen in an unexpected way, At 10 million euros Son was bayer leverkusen record signing at that time, with the club struggling to find a new shirt sponsor, after a month of signing son whose reputation had grown immersably in south Korea after his success with Hamburg , Leverkusen signed a three year  advertising deal with one of south korea biggest electronic company LG.

JUST IN  Ruben neves Detailed Biography How he started his career
Apart from financial aid his goals helped the team to a top four finish in the 2013/2014 season in which they secured a spot in the UEFA champions league and in the 2014/2015 season campaign he provided 5 goals in the European contest in total that season he recorded a total best of 17 goals from 42 appearance which was enough to force Tottenham Hotspur to sign him the south Korean star, But that wasn’t the first time former Tottenham manager Mauricio pochettino had tried to sign him, as he tried to bring him to the premier league earlier when he was still coaching Southampton but once pochettino had moved to Spurs he had moved on from Son and he brought him to the club for a reported fee of 30 million Euros making him the most expensive Asian player of all time more expensive than Nakata when he moved from Roma to Parma 14 years earlier.

As a player who plays on the left, right, behind the stricker he is direct, good on the counter and both footed you could see why he caught the attention of pochettino and how he will fit into their squad. 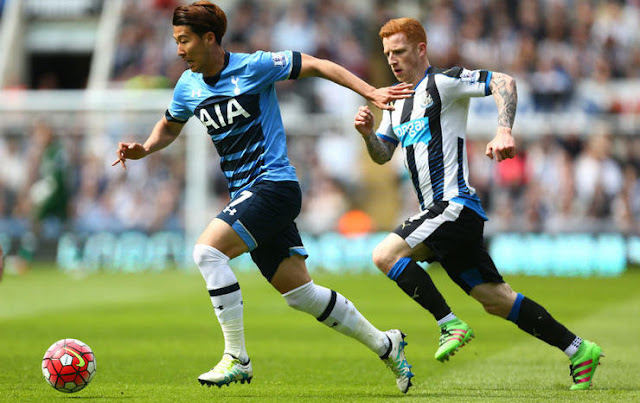 His first ever Tottenham goal was scored against Crystal palace on September 20th 2015 but his first season saw him in and out of the starting lineup and scoring just 4 goals in the league his lowest tally since his forst season with Hamburg infact he has always been open to a move of going back to the bundesliga, after his first season with Spurs. Inspite that pochettino convinced him to stay and since then son has been integral to spurs scoring 60 goals form 2016 to the 2018/2019 season. And speaking on the 2018/2019 season son won every single end of the since award for spurs including Goal of the season where he undressed David luiz in an incredible solo run, he also got player of the season award which he won by votes from fans and votes from his team-mates.

As of the time of writing this article Son heung-min is yet to win a major trophy with Tottenham hotspur, he is currently managed by Jose Mourinho.