Sergio Reguilon has in recent weeks been linked to a move to Chelsea from his on-loan club Sevilia where he was undoubtedly the best left back in spain. 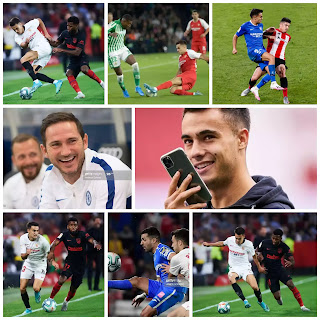 The Real Madrid left back on loan to Sevilla has given his response on his recent link to Chelsea when he was interviewed by MARCA.

” My mind is always on the team i don’t think about the possibility of a move, i have always said that until this season is over i won’t be talking about my future elsewhere”

” It would be disrespectful to my teammates and the club”

” I don’t have any complaint about Chelsea they are a good club, London is a beautiful city.

Who knows what would happen in the future?”.