France football annonced that their partnership with fifa to merge the balon d’or had come to an end in 2016, ever since then the Balon d’or had become a separate award. 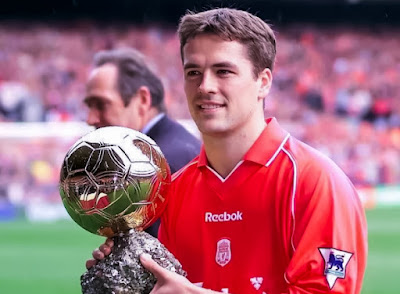 This era of the balon d’or winners have been domainated by the brilliance’s of both Christiano Ronaldo and Lionel Messi who won 11 Balon D’or between them. Eplfantasy took a review on the players that won the balon d’or from the epl since when it was inaugurated.

Balon d’or winners from the EPL

Stanley Matthew was the first player to win both the European footballer of the year award and also the Football writers Association Footballer of the year Award when they were both inaugurated. He played as a right winger during his time with Blackpool when he won the balon d’or in the 1956/1957 season where he scored 2 goals in 29 appearances, he also holds the record for the oldest player to player in England top division at 50 years old and also the oldest player to feature for the Three lions of England at 42 year old, he was never booked or sent off through out his playing days.

JUST IN  Premier League Records That just Might Remain Unbroken

Bobby Charlton played as an attacking midfielder for Manchester United, Through out his playing days he only received 2 Yellow cards one against Argentina and the other against Chelsea. He was well known for his passing abilities and long range shots. He then made his Manchester United debut fir the first team in 1956 after being one of the few people who escaped the Munich Air crash, In the 1966-1967 season he recorded a total of 12 goals in 44 appearances for Manchester United, he also won the fifa world cup golden ball in the 1966 season.
JUST IN  Most expensive signings in the Premier League from each position

George Best played as a winger for Manchester United he was known for his pace, two footedness, dribbling and goal scoring instincts. He never played at the world cup through out his playing days. He finished the 1968/1969 season in which he won the balon d’or with 22 goals in 55 appearances.

Michael Owen micheal owen was a stricker who played for Liverpool, he was also part of the Liverpool team that won an iconic treble of the Fa cup, uefa champion league and super cup, he was widely known for his blistering pace and sharp goal scoring instinct. In the 2001/2002 he won the balon d’or after recording a total of 28 goals in 43 appearances.
JUST IN  Analysis: Chelsea New Target when compared to kepa could be a disaster waiting to happen

Christiano Ronaldo He was widely known for his pace, dribbling and goal scoring abilities, he won the balon d’or with Manchester United in the 2008/2009 season with a total of 448 points from 480 points, winning it comfortably with second placed Lionel messi recording 281 points and third placed Fernando Torres recording 179 points.

Since then he has gone on to win 4 more balon d’or awards making it 5 balon d’or only one short behind Lionel messi with 6 balon d’ or.