Chelsea striker Olivier Giroud has hinted he could depart the Blues in the January transfer window as the French international eyes a role in his country’s squad in time for next year’s Euros.

Giroud, 34, joined Chelsea from rivals Arsenal in 2018 in a transfer which cost the Blues £15.3m, as per Transfermarkt.

Since his arrival at Stamford Bridge two-years ago, Giroud has featured in 95 matches in all competitions and has been directly involved in 43 goals.

However, after a spell which has seen the Frenchman lift both the FA Cup and the Europa League, he could be set for a January departure as he eyes a place in France’s international squad in time for the Euros.

Giroud has a superb international record and was part of the France team who lifted the illustrious FIFA World Cup in 2018.

However, after recently falling out-of-favour with Chelsea manager Frank Lampard, Giroud has publicly acknowledged that he may need to ply his trade elsewhere.

Lampard, who recruited heavily during the summer brought in Kai Havertz and Timo Werner to add additional firepower to his front-line which has left Giroud playing nothing but a bench-warming role. 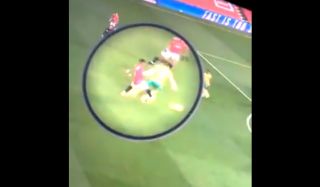 Speaking about his Chelsea future to French broadcasters Telefoot, the 34-year-old said: “I am lucid about my situation: I will have to make a decision in January. I hope to take the right one, as I have always done.”

Chelsea fans – Would you be happy to see Giroud depart? – Let us know in the comments.

Video: Chelsea loanee Ruben Loftus-Cheek scores for Fulham to give them late hope vs Everton