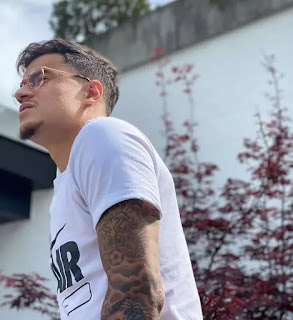 Regarded as a “Snake” amongst Chelsea fans for leaving the club at a time in which they needed him the most, and the club opting to an emergency buy which made kepa the most expensive goalkeeper in the world.

Although after his move to Real madrid for the sum of 35 million euros, he has been a shadow of himself conceding cheap goals, but he has been adapting well in the league as of recent.

Having tremendously established himself as an important figure in the Chelsea’s backline, he decided it’s time for a new challenge which saw him move to Athletico Madrid for a reported fee of about 16 million euros, making him the most expensive left back to leave the epl.

After failing to live up to the hype that made pep guardiola buy him from Real Madrid and falling down the pecking order below Kyle Walker.

He was included in the deal that saw him exchanged for Joao Cancelo plus cash in the 2019/2020 summer transfer window to juventus.
JUST IN  Possible Chelsea Lineup vs Aston villa

His early days with chelsea was really impressive as he cemented himself as a first choice center back in the Chelsea team that eventually won their first champions league trophy.

His main attribute is his tackling ability although he has an height of about 188cm he does not pose much Ariel threat as his heading ability is almost zero.

He made a move to PSG in the 2014/2015 season for a fee of about 49.5 million euros, making him the most expensive Center back to depart the epl.

Impressive During his time with Manchester United and won a whole lot of trophy at man United before making a move to Italian giants Lazio for a fee of 25.7 million euros in the 2001/2002 season.

A midfielder General during his time with Liverpool fc and one of the best defensive midfielders to play in the epl. He commanded the midfield with so much flair, passion and dedication that made Real Madrid during their Galactico era, pick interest in him and bought him from Liverpool for a fee around 34.5 million euros.

A Definition of an exceptional wasted talent that chose money over football, although his reasons were genuine as he stated that he needed to take care of his family. During his time at Chelsea under then manager jose mourinhio he formed an unbeatable creative midfield trio with Eden hazard and Juan Mata.

Given a nickname by Liverpool fans “Little magician” and known for his curly top corner trademark shot. He was an impressive player for Liverpool that was always in too of his game during his time with Liverpool that prompted Fc Barcelona to buy him for the sum of 145 million euro in the January transfer window of the 2017/2018 season.

Converted from right back to right winger during his time with Tottenham, he went on to be an hot shot in his position known for his explosive speed and shooting abilities. He joined Real madrid from Tottenham in the 2013/2014 season for a fee around 101 million euros.

Known as a legend in the hearts of Chelsea fans and his legendary departure in which he won them the Europa League with style against city rivals Arsenal. Celebrated by most football fans for his high class dribbling, speed, finishing ability and vision. he made a move to Real madrid in summer of the 2019/2020 season for a fee of 100 million euros.

Known for his Speed, accurate finishing ability and the ability to find and open spaces for his teammates, he is an aggressive center forward that made his make in the history of Liverpool, and would be known as the best striker to play for them. He joined Barcelona in the 2017/2018 season for 81.7 million euros.