Van Dijk played his first match for Liverpool in nine months after he incurred an injury sometimes last year in the 2020-2021 season.

He has proven to be a top player even as a defender and was nominated for the Ballon d’Or once in his career has a footballer which is a good start for Van Dijk.

Gomez and Van Dijk played their first game for Liverpool in a while in a 7 goal match to which they lost to Hertha by 4 goals to 3.

Watch the match below👇 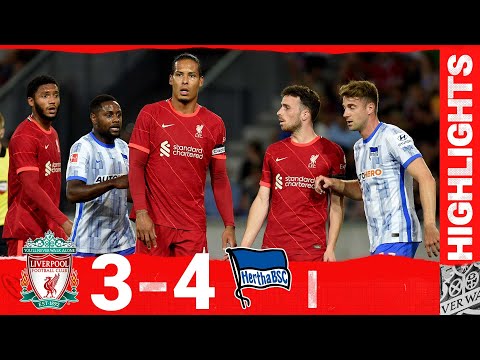