Chelsea noted they would not be lowering their transfer demands on the player despite his poor first season with the club and that certainly would prove a big hurdle for Napoli.

According to Norwegian Journalist Cf_andreas he Noted on his Twitter profile with the wordings ” This is just nonsense. Chelsea are not selling Ziyech this summer. It is true that Ac Milan and Napoli are interested, but Chelsea are not selling Ziyech for a low price. Ziyech has 4 years left on his contract and you are talking about low price? Zieych stays. Confimed✔️”

Despite chelsea big NO on selling the Moroccan they would not completely rule out a super enticing offer if one arrives for Ziyech.

The Moroccan wizard did not perform to expectation last season but scored some very important goals in helping chelsea win the Ucl and staying in the top four in the league. 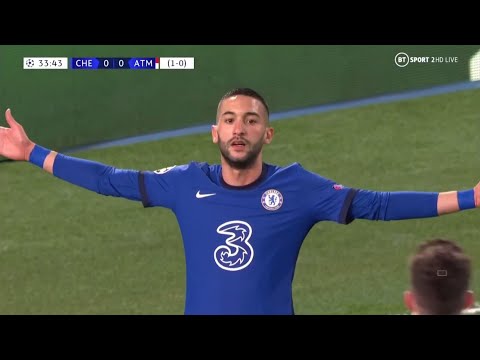 In other news Cf Andreas Reports Thomas Tuchel spoke to Erling Haaland’s father at length about a possible move for Haaland to chelsea. He also Reports Haaland father wants a move to Manchester city for his son as he himself played there until his promising career was distrupted my Injury that was inflicted to him by a Manchester United player. Although he doesn’t rule out a move to London for his son Haaland.

The three most valuable Chelsea players currently according to CIES

Great GOAL! (Video): Mason Mount GOAL as Nomination for The Premier League Goal of The Month