The six-time Ballon d’Or winner brought his magical time at Barcelona to an emotional end, but a new chapter is set to begin in France. 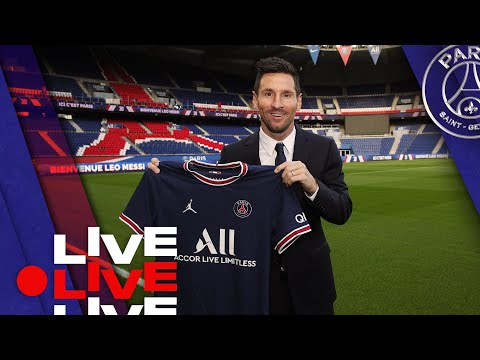 Where will Messi play for PSG?

That is the big question that Mauricio Pochettino must answer.

“One of the few sticks that critics have left to beat Messi is that he has not proven himself away from Barca, whose brand of football has been devoted to getting the best from the 34-year-old almost since he first exploded onto the scene nearly two decades ago.

“Having won a major international honour in the summer as he led Argentina to the Copa America, Messi will now seek to silence what is perhaps the last major argument against his name.

“Of course, simply winning Ligue 1 will not cut it; he has to lead PSG to their first Champions League title.

“But how will head coach Mauricio Pochettino use Messi in order to do this?”

“I am really grateful to the people in the street. I was in Barcelona when the press reported that people were already out in the streets,” Messi says of the PSG fans celebrating his arrival.

“It is incredible. I want to thank them and I want to see them in the city and the stadium. It will be an incredible year.”

‘I am excited about this new stage for my career’

“Everything that happened me in the last week was hard, and fast too,” says Messi.

“It was emotional, it changed from one day to the next, there were so many feelings. Nobody was prepared for that.

“But I am excited about this new stage for my career and my family.”

Man Utd identify £100 Chelsea Target as solution to their problems

Transfer News: Juve considers a move on Lacazette from Arsenal