Former Chelsea player Frank Lebouef has expressed his support towards a potential £70million Lukaku move back to Stamford Bridge.

Inter Milan striker Romelu Lukaku has been strongly linked with a move back to Chelsea in recent week as the Blues continue their hunt for a clinical striker.

The 28-year-old has just enjoyed a stellar campaign, that was topped off by being crowned the Most Valuable Player in Serie A. 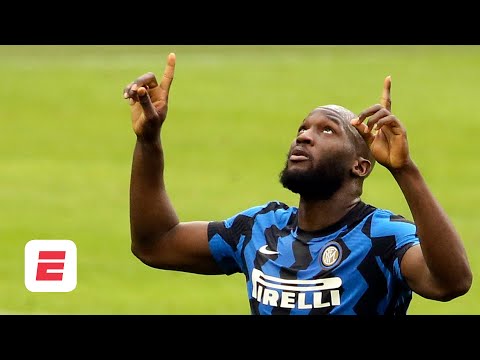 Former Chelsea defender Frank Lebouef seem to be a fan of the striker and has voiced out his desire to see the Belgium International rejoin Chelsea this summer.

“It does, because Lukaku is an exceptional player and he proved it this season with Inter,” said the former Chelsea defender.

“We all know he loves Chelsea football club so much. Maybe it’s a curse for him, because he’s too emotional so he can’t be successful at Chelsea.

“But he might come back for the third time and prove me wrong. I wish him the best if he does it.

“He is one of the biggest talents in the world and he will prove it in the Premier League.

“I’m sure he can serve Chelsea. We all know Chelsea have a problem to finish their actions and score goals. He can be a plus for Chelsea for sure.” Lebouef concluded.

Raphael Varane would be available for the bargain price this summer