City booked their place in the Champions League final on Tuesday after a 4-1 aggregate win over Paris Saint-Germain. Likewise Chelsea after beating Real Madrid 2-0 on Wednesday at the Bridge.

Meaning Manchester City faces Chelsea yet again at the end of the season in the Champions League final at Istanbul. 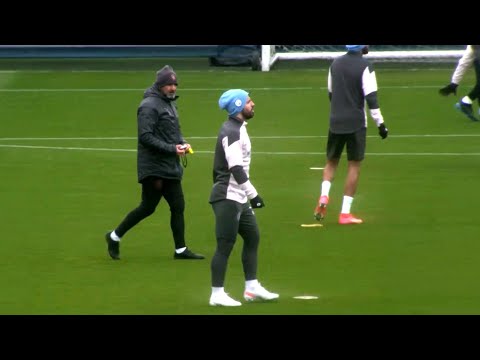 The final aside, we predict there would be a couple of changes to the Man City’s team to face Chelsea today.

John Stones is out of the game, as he is serving the final game of his three-match domestic suspension. Aymeric Laporte is likely to accompany Ruben Dias in central defence.

Benjamin Mendy will still most likely retain his spot at left back this weekend over Zinchenko.

Rodrigo could replace Fernandinho in defensive midfield after being an unused sub against PSG.

Gundogan an De Bruyne should be the most likely picks for the central midfield role. While Aguero returns to the XI up top.

GOOAAAL! (VIDEO): 2-2 Cavani nets in a brilliant equalizer against Roma