According to recent reports from Matt Law via The Telegraph, N’golo Kante was very close to joining Arsenal in the summer of 2016 before Chelsea snatched him from under their noses.

N’golo Kante joined Chelsea just after winning the Premier League with Leicester  for a fee of £30million and has since then proven to be one of the best midfielders in the World.

The Frenchman won the Premier League again in his first season at Chelsea, following it up with an FA cup and the World Cup in his next season.

Sadly, Antonio Conte got sacked at Chelsea at the end of the 2017/18 season for finishing outside Champions League place despite winning the FA cup.

He moved on to manage Inter Milan shortly and has just won the Serie A with Inter, ending the period of dominance of Juventus which he himself started 10 seasons ago.

That makes it a good week to remember how good a manager he is. 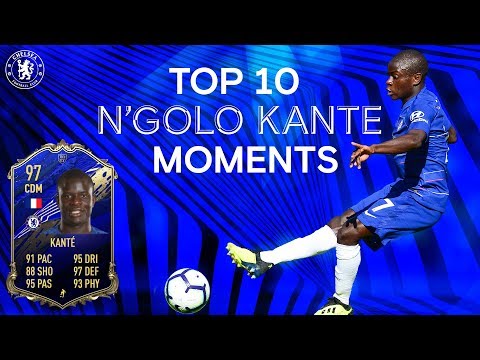 One thing Chelsea fans will forever be grateful to Conte for is his signing of Ngolo Kante.

According to English journalist Matt Law, Antonio Conte put in a lot of effort in signing Kante.

Apparently a move to Arsenal was all sorted ‘when Antonio Conte picked up the telephone.’

The Italian coach told him he could move to Chelsea to win a second title in a row – and he clearly was pretty convincing. Kante backed out of the Arsenal move, came to join Conte, and in less than a year they were celebrating a title together.

Best of Christian Pulisic Performance with Chelsea Complied in one Video