“What club will Erling Haaland move to?” is no doubt the most trivia transfer related question asked throughout this season.

The 20-year-old striker is in top form this season proving himself to be one of the most clinical strikers in Europe at such a young age.

Haaland has recorded 32 goals in 34 Bundesliga appearances for Borussia Dortmund this season.

There are lots speculations about the Norwegian future as he has been linked with almost every top club in Europe. 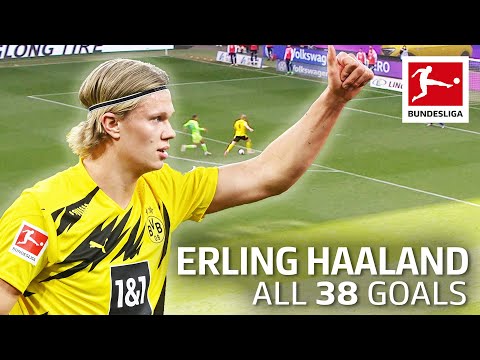 However, Borussia Dortmund Sporting director Sebastian Kehl has revealed he is confident that Erling Haaland will remain at the club next season despite being the most wanted striker in the world currently.

“I understand that Erling Haaland will play for Borussia Dortmund in the new season.” Sebastian Kehl said in a recent interview with Sport1.

The former Dortmund captain sees no reason to doubt previously agreed terms. “Erling totally agrees. I see him every day and I can say that he completely identifies with the club.” Kehl concluded.

Although the German club declared that they will not let Haaland go, His agent, Mino Raiola said otherwise some months back.

Raiola hinted that the Norwegian could leave Dortmund despite having a contract until 2024 and not having a termination clause this summer.

“If a club like Barcelona or Madrid comes, so big and with so much history, it’s hard to say no.” Raiola said.

It’s safe to now conclude that Borussia Dortmund will only let go of Haaland if the fee is right.

Video: Fabio Silva heights the Goalkeeper to Give Wolves the lead over West Brom

Video: This is Exactly why Chelsea agreed a deal for Gabriel Merino to Chelsea Next summer