According to Gazzette dello sport Juventus are open to part ways with Italian winger Federico Bernardeschi in a deal that will see jorginhio reunite with his former boss Maurizo Sarri at Juventus. 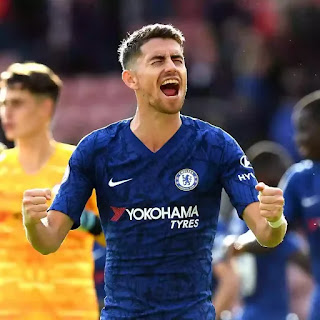 This would be the second club sarri would be taking Jorginhio to after making him his first signing for Chelsea when he was hired as manager from napoli before been hired by Juventus the following season.

JUST IN  Formation: Number 10, wide out or upfront? Frank Lampard explains how he intends to use Kai Havertz

Federico bernardeschi has really struggled this season making just 11 appearances, but he has always shown flashes of brilliance when given the chance especially last season under his former manager Allegri where he was the mainstay right winger.

Miralem pjanic and adrien rabiot who joined them last season from psg on a free transfer and unable to cement a place in the team are also available options if Chelsea decide not to bring bernardeschi to the club.