Mikel Arteta is of the opinion Arsenal bring in the out of favour Real Madrid Midfielder. 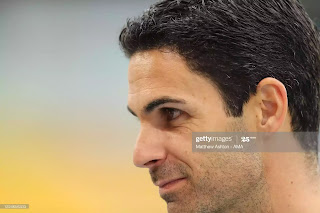 Mikel Arteta is open to bringing Real Madrid Midfielder James Rodriguez to fill in the spot left by out of from Arsenal Midfielder Mesut Ozil.

Although fancy stats this season would not be in the favor of James Rodriguez as he has rarely been used this season getting only 500 minutes on the pitch majorly from sub appearances but he has been able to get a Goal and assist this season for Real Madrid.

With an Average rating of 6.69 this season he has proven to still be quality despite given little time to express his ability on the pitch.

Judging from his previous season at Bayern Munich and the season before with then manager Carlo Ancelotti James Rodriguez is one player Arsenal would not want to miss out on.

Manchester United, Paris saint Germain and Atletico Madrid have been rumored to be in the chase for the 29 year old Colombian midfielder according to Spanish news Outlet AS.