Arsenal recruited Thomas Partey from Atletico Madrid on deadline day, going some way to building Mikel Arteta’s ideal midfield. However, further reinforcement is required, with Szoboszlai being repeatedly mentioned as a potential target for the Gunners.

Whilst the vast majority of transfer rumours you see on Twitter ought to be disregarded as nonsense, there are diamonds within the rough who come forward with genuine, exclusive information at times.

@TheAFCBell is someone who has come through with the goods in the past, and excitingly for Arsenal Twitter, he has done so once again, this time in reference to Dominik Szoboszlai.

The tweet’s in Arabic, so there’s not much worth including it in the tweet, but @TheAFCBell has claimed that Arsenal have opened talks with Szoboszlai’s camp over getting a deal done. While it is very much early days, the dialogue is underway, which is the key part of the information provided.

If you needed any convincing about @TheAFCBell’s reliability when it comes to transfer news, have a look at some of these replies. These Arsenal fans are going nuts over the prospect of signing the Hungarian. 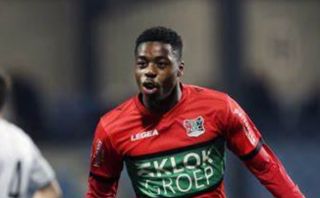