Arsenal new policy of getting young raw talents for cheap has seen them acquire the  Signatures of talented players like Gabriel Martinelli, Matteo Guendozi and keiran tieney. 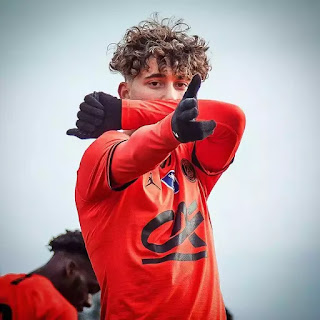 According to ESPN Arsenal are reportedly interested in getting the signature of psg wonderkid Adil auochiche. The player has refused to sign a professional contract at psg after they offered him a contract.

Teams like Saint Etienne have already made contact with the player but with Arsenal interested the other clubs interested in him like Lille and Bordeaux would have to look for other available options as the player would definitely be tempted to choose the london based club and the viability of him getting maximum gametime due to ozil massive dip in form is almost certain for him.

Adil Auochiche has been involved in 2 goals and 2 assists in 7 apps crazy stats for an 18 year just having a taste if senior football, he joins the endless list of psg contract rebels e.g Kingsley coman, Adrien Rabiot e.t.c.

Psg are demanding a sign on fee of about 4 million euros and 25,000 euro in weekly wage for the player. Its a win win situation for both parties if he decides on a move to Arsenal.