Chelsea are hoping to ride on a New era with new manager Frank Lampard but to attain that great ambition they set their minds on they would need to part ways with some players who have not really being at the their best, ever since the beginning of this season. We take a look on those players and analyse why they should be sold off and how giving them a chance will greatly affect the ambition of the team.

Ever since he joined Chelsea he has not really played to the expectation of why he was bought, he was always getting injured and the little time he spent on the pitch he haven’t been really impressive, and has always been on the loan book of the club.

Since his time with winning the league with Leicester City in the 2016 EPL season the once most sort out attacking midfielder in the league has now been a reject as he has been a victim of serious attitude problems falling out with his past managers at Chelsea and has been loaned out to clubs like Burnley and Aston villa where he still displayed his attitude problems to his fellow teammates, He is currently not on the plans of Frank Lampard going on the next season, so the club will be looking forward to selling him. 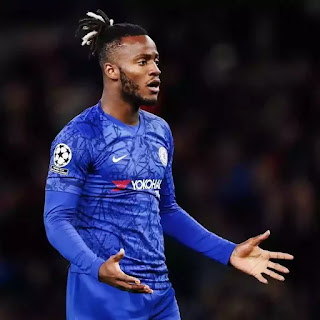 The Belgium international has not really been impressive this season falling behind Tammy Abraham and Olivier giroud in the pecking order and also not making use of his chances when giving by Frank Lampard and the club looking forward to signing a new striker the club preferably Timo werner they will be willing to partway with him next season. Crystal palace among the clubs interested in signing him due to him being on loan with them last season and impressed a bit with the club.

The left-back have not really been impressive this season falling short both defensively and offensively and Frank Lampard having to go on a 3 man backline due to his incompetency in Marshalling the left-back position in the coach preferred 4-3-3 formation.

Chelsea already in contact with Ajax left-back Nicolas tagliafico and Porto Alex telles with a move for like last time your fico highly possible due to the player relationship with his former teammate Hakim ziyech that was recently signed from Ajax.