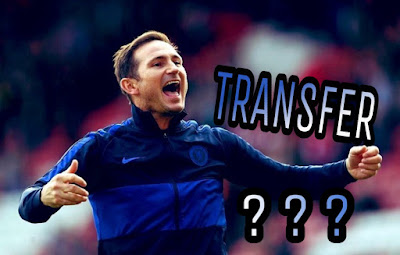 Chelsea would be looking forward to go into the January transfer window to strengthen most key areas of weakness of the squad which includes:

Left back– Marcos alonso has been superb going forward but defensively he has not been up to par with pacy attackers which often get him making serious defensive errors, and also not being the classic full back Chelsea need he is more of a wingback (a player that pushes the ball forward). Also in the left back is Emerson palimeri, he is good but on the average side defensively but poor going forward as most of Chelsea’s attack is mostly made on the left area of the pitch as we saw against westham he is very poor going forward and also not that good defensively.

Replacements (Ben chiwell): Ben chiwell has been has been superb this season for both club and country he has recorded an amount of three assist this season for England in a match and also has been a key part of Leicester’s tittle challenging team, he is what Chelsea currently needs to fill the void of a defensive attacking left-back, he has been solid this season for Leicester City at the back four and he is one player Chelsea will look forward to buy in this January transfer window it will be very difficult to get him this January transfer window but not impossible with the right price of 60 million I think Chelsea will be able to land him.

Centre-back: Since the departure of experienced players such as David Luiz and Gary Cahill Chelsea has been finding it difficult to keep a clean sheet this season but thanks to the help of Academy graduate fikayo tomori goals conceded has been less. fikayo tomori has been the only consistent centre-back for Chelsea this season and the board will be looking forward to add a consistent partner with him. Kurt zouma has been a hell of a defender this season giving a dis-balance to the back four of Chelsea as most of the goals scored by the opponent has been through an error made by Kurt zouma. Chelsea board with the help of the January transfer will be looking forward to dispose the Defender and replace him with the sensational Turkish Defender Demiral. Demiral has been sensational for Turkey at the just concluded euros qualifier his partnership with Leicester city defender caglar soyucu has been named the best defense at the euros qualifier just conceding a total of three goals which were from set-pieces. Although Juventus manager sarri has not been giving him enough playing time this season, his transfer to Chelsea will be highly possible as he will be able to get playing time at Chelsea.
Right wing: Willian and Pedro are already out of their peak and Chelsea board will be looking forward to replacing them with a young right-winger.
JUST IN  Move to Chelsea now seems inevitable for star after he’s left out by his team today

Chelsea will be looking forward to replacing Willian and Pedro with a good right winger and we from EPLfantasy think Jadon sancho and Hakim ziyech would be the best candidate for the right wing. Sancho’s is 19years old and is a long-term solution for Chelsea but with a transfer fee of over 120 million euroswhich is over 95% of the total transfer budget this January transfer window he might be a move for the summer as the move this January transfer window is likely impossible. Hakim ziyech is likely possible to get a move to Chelsea as the Ajax star player had a release clause of 25 million euros last summer which increased in the region of 50 to 60 million euros which is highly possible for Chelsea to get him the January transfer window. the Ajax Star Player has recorded a total of 19+ assist this season in all competition. and Chelsea been an impressive side this season will be a reason why he would want to join.

1 thought on “3 players Lampard need to succeed at Chelsea”